The Decree on Immigration Law is dangerous and harmful

The Decree on Immigration Law is dangerous and harmful

could be remembered as one of the saddest days of recent Italian history. We do not want to be accused of alarmism but we believe that what is contained in the so-called “Salvini” Decree, is only the antechamber of what this government has in mind in terms of restriction and denial of rights. It is not only the immigration decree, but the total security decree that criminalizes those who do not have a home, the Pillon bill that brings the woman to household furnishings or witch to burn at the stake, the denial of LGBT rights, among the others that of contracting marriage or adopting a child.

Today as yesterday, it is in respect of the rights of the last that defines the border of defense of their rights. Rights acquired thanks to the sacrifice of all those who have sacrificed their lives for the affirmation of a right to be recognized and respected.

For this reason, the approval by the Council of Ministers, dated 24.9.2018, of the outline of the Decree Law containing amendments to the rules on immigration, international protection and the granting and revocation of Italian citizenship, is of particular concern, above all for the effects it will cause on the whole community.

Within the text, strongly ideological, the desire to restrict individual rights and freedoms appears clear and this risks further fueling hatred towards all those who are perceived as carriers of diversity, causing a dangerous degeneration of consideration and respect towards the ‘human being.

It is clear that the approval of the decree by the CdM with “urgent” character shows how – even for the Government of change – the migration phenomenon must be faced as an emergency rather than a structured phenomenon, and it prevents, likewise, any democratic debate on a very complex subject.

In particular, the abolition of the Humanitarian Protection in favor of the introduction of the special residence permit will favor the presence of irregular personson our territory and will increase the world of exploitation and precariousness. Above all because the new categories of protection introduced are much weaker and ineffective than humanitarian protection: protection for “special cases”, in fact, will not provide for renewal, save the conversion to work; the “special protection” instead (the one that will in effect replace the Humanitarian Protection granted after sending the Commission’s documents to the Quaestor), will continue to be renewable after the opinion on the persistence of the reasons that led to the granting by the Commission itself, will allow work but can never be converted into work! We believe that this is one of the most atrocious absurdities of the whole maneuver: people, in this condition, even if minimally “protected”, they will remain forever relegated to a legal limbo with no way out, because this provision undermines access to the application for a long-term residence permit, regulated by the EU and which instead provides for the granting of an unlimited permit who proves to be regular on the territory for a certain number of years. Aberrante also, is the name chosen for protection,special, in our opinion it is not appropriate to define the conditions in which thousands of migrants are found: the discomfort is of praxis in real life, special perhaps appears in the eyes of those who live in the glossy world of regime information.

The decree also aims to lengthen the time of administrative detention in order to identify the asylum seeker who makes a request for protection at the border, doubling, in fact, the stay in the identification centers of more than twice the current time; introduces the possibility of suspending the asylum application if the applicant is not responsible for criminally punishable offenses. Finally, the temporary residence permit for asylum application, despite having all the characteristics required by law to be defined as identity documents, will no longer be defined as such, with the immediate consequence of non-registration and from here, in cascade, the denial of all the rights deriving from it: enrollment in the NHS and choice of primary care physician;

It is not limited to making life impossible for those who try hard to reach “the promised land”, the decree does not spare even those already present in the territory, to whom after a life of sacrifice has managed to obtain citizenship: it is planned, moreover , its revocation in cases where there is speculation of certain criminal offenses, but even this prediction seems unconstitutional because the law is the same for everyone and the penalty for those who commit a crime can not be more afflictive for some just because migrants.

There is no logic, moreover, in dismantling the only system capable of guaranteeing the quality of services, the SPRAR System, which we remember, according to the provision of the decree, can no longer accommodate either asylum seekers or special protected persons. . This would lead to a drastic reduction in reception places in the SPRAR system, while new posts would appear within the prefectural circuits, with the result, as we have always denounced, of favoring malfeasance in the management of reception centers for asylum seekers. In all these years we have brought to everyone’s attention the failure of the reception management in the hands of the prefectoral centers that today risks becoming the only system to which the state intends to rely. It’s madness, by the way, the logic of the large concentrations of migrants in territories already hard hit by the lack of an adequate welfare system. It is also necessary to point out to those who in all this time are struggling to shout the motto”First the Italians” that within the more than 850 projects included in the SPRAR network almost 10,000 Italian workers work, which over the years have become professional and subtracted from the wave of emigration that invests our country.

We believe that this country needs a more in-depth analysis of the phenomenon of migration, able to face the phenomenon from a perspective that focuses on the protection of human rights, rights gradually subtracted, over the years, from criminal policies. implemented by governments that have succeeded in leading the country. The obstacles to the freedom of movement of men, women and children torn from their homes, forced to suffer violence of all kinds, to overcome walls of barbed wire and water barriers, to see their children die at sea, are the result of precise political decisions. To all this we say enough!

We believe it is urgent to put in place actions to combat barbarity and racist drift, we believe that the repressive laws are an obstacle to a dignified reception and social justice, we believe that seeking asylum is an inviolable right, that accepting is a duty . For all these reasons, we propose to the secular and religious realities, to the anti-racist movements, to social workers, to start a unified path against the virus of discrimination and hatred, against racism from below and from the top that grips the country, a unified path that speaks of aggregation and not isolation, rights and not degradation, solidarity and not repression. Of Anti-racism and Anti-Fascism! 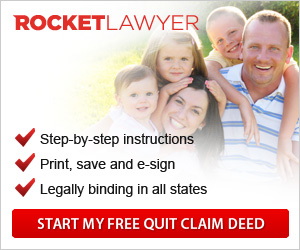